Beach hangs Foster out to dry, putting the Ravens and the Vipers in a position of mutual self-destruction. When Sleep’s body is found, Neckbone sets a bounty on WMD ringleaders. A newly released Tom stokes discontent with his son’s leadership. Winters makes a sneak attack on the Ravens. 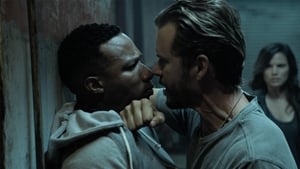